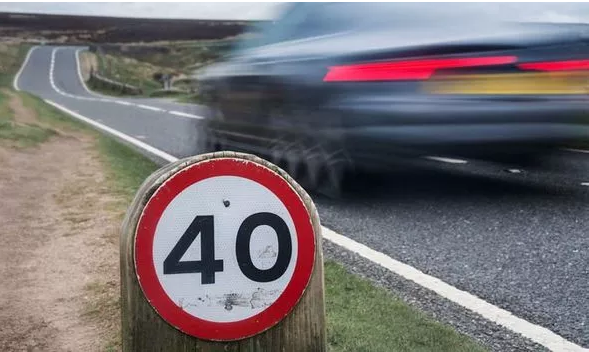 Our solicitor Gordon Peters is supported by a number of members of staff, who assist him in taking instructions and liaising with clients, courts, the police and prosecuting authorities.

All work is supervised by Gordon Peters, Partner and head of the criminal Department.

Gordon is the head of our team and has over 30 years of experience in representing clients facing prosecution for motoring offences.

He has extensive experience advising and representing clients in connection with motoring allegations, including conducting trials and “special reasons” and “exceptional hardship” arguments to assist drivers in avoiding disqualification, as well as acquiring a reputation for providing straight forward advice and effective mitigation.

Partner, Solicitor admitted 1990 ~ Articled to one of our predecessor firms, Barnett & Co in 1988. Head of the criminal department and became a Partner in 2005. Gordon is the Firm’s Money Laundering Reporting Officer (“MLRO”). Gordon qualified as a solicitor in 1990 and was accredited as a Court and Police Station Duty Solicitor a couple of years later. He attends Magistrates’ Courts and police stations on a daily basis.

View on The Law Society

R v G.C. Sandwell Magistrates’ Court: Client had been convicted in absence of driving offences resulting in six points being endorsed on his licence. Assisted client in getting conviction re-opened and set aside on grounds that client had not received notice of the proceedings and that he had sold the relevant vehicle prior to date of offence.

R v J.B. Carmarthenshire Magistrates’ Court: Client driving on EU licence. Prosecuted for not having a licence, which meant that he also faced no insurance. We produced evidence to police resulting in withdrawal of licence and insurance offences. Court dealt with him for no MOT only.

R v J.H. Solihull Magistrates’ Court: Client summoned to appear in court for driving without due care and attention. His licence and job were at risk. Police agreed to drop case for him to attend a Driver Improvement Course, thereby avoiding points and possible disqualification.

R v K.B. Aylesbury Magistrates’ Court: Client summoned to court on admitted speeding offence. He already had points on his licence. In view of high speed, client given careful advice about pros and cons of discretionary disqualification/six points on licence. We represented him at Court. Twenty eight day ban imposed.

R v R.K. Birmingham Magistrates’ Court: Client summoned to court for driving without insurance and failing to produce documents. We wrote to CPS for her pointing out errors made by her husband’s Insurance Company and that she could not produce her licence in time as it was with DVLA. As no reply was received, we attended court for her. The Prosecutor agreed to drop the charges. Defence costs order made.

R v S.A. Banbury Magistrates’ Court: Client summoned for dangerous driving on motorway, involving high speed in poor conditions. Client admitted rushing back to Birmingham due to medical concerns about his child. We represented him at Court. He avoided prison on guilty plea to dangerous driving.

R v S.H. Birmingham Magistrates’ Court: We prepared for and represented client (taxi driver) on trial for using handheld device while driving. Client gave evidence that device was for receiving information only, not a two way communication device. Verdict – Not Guilty. Defence costs order made.

R v T.W. Solihull Magistrates’ Court: Client had attended court unrepresented and been banned from driving. We successfully applied to re-open the conviction and put forward an “exceptional hardship” submission on his behalf reducing the ban from six months to two months.

Your calmness and professionalism reassured me that even though the situation was bad, I could get through it and carry on.

Absolutely thrilled, much appreciation to you and your firm, I’m glad I decided to choose you. In the best way possible, I hope I never have to see you again but I wish you all the best. My gratitude spans borders. Thank you.

Thank you for all your hard work, if I ever have any more legal work I would be happy to appoint you again

Another painless transaction so thank you very much

…your efforts demonstrated the excellence of your profession and your dedication was a credit to the profession.

Jane made sure I was not worried all the way through – a lovely lady – worth her weight in gold!

The service could not have been better. I feel lucky to have been helped by you.

Maslen and Laura dealt with all aspects of my case diligently, in what I can only describe as a complex and confusing matter. They both went above and beyond.

I can’t thank you enough for the support, understanding and kindness you have given me through my darkest hour.